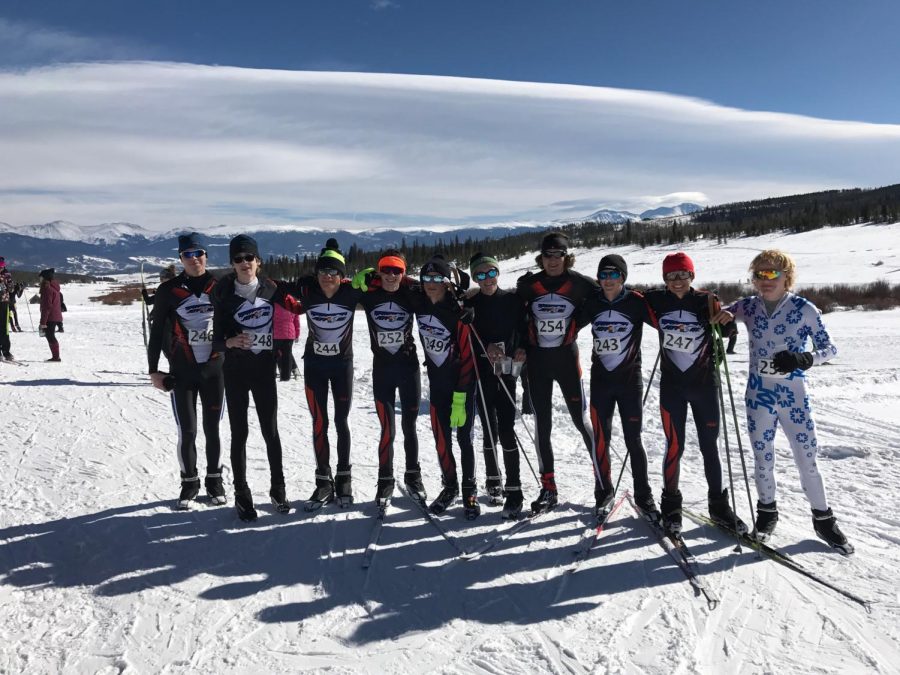 A group of 20 kids stood at the tubing hill of the Frisco Adventure Center, waiting for their final teammates to arrive. All of them had poles and skis, ready to start the day.  But they weren’t at the top waiting to race down in fast “S” turns.  Instead, they were preparing to race up the hill at the start of their 9-mile trek.  This is the Jeffco Nordic Team, a group of high school students who cross-country ski and race. The team was quite welcoming, and one athlete said that “The more coverage we get of the program, the more kids can learn about the team.”

However, the biggest problem most of the athletes expressed was how little kids actually know about the sport.  The common misconception is that Nordic skiing is just running on skis. While it is true that many of these athletes do participate in cross country during the fall, the sport is much deeper than, “running on snow.” Nordic skiing is a quite complex sport where athletes compete in two disciplines, one called skate and the other classic skiing. The two are quite different. Classic skiing is often called cross-country skiing, while skate skiing is often called freestyle skiing. Athletes compete in both on flat surfaces, uphills, and downhills. The skis are usually thinner and longer and are usually made out of lighter materials. The poles are also much different. Athletes use different poles for each. Classic skiing requires shorter poles and longer skis, while freestyle calls for longer poles and shorter skis. In classic skiing, athletes push backward in a gliding movement, pushing off the snow. In skate skiing, athletes use their edges to push off the snow,  similar to ice skating, gliding and then pushing with their other foot. The sport is often considered one of the hardest aerobic sports in the world, according to Outside magazine. Nordic skiing athletes also have had the highest VO2 max levels, with Bjorn Daehlie, a Nordic skier, holding the world record at 96.0 ml/kg/min. That is really high compared to the average VO2 max level, which is about 40ml/kg/min.  For endurance athletes, and multi-sport students who want off-season training, it is easy to see why Nordic skiing is becoming a popular option.

The Jeffco Nordic Team was super happy as I talked with them, as their numbers have increased by almost 100% in the last 3 years. The coaches are also hoping that this increase in athletes will lead to a better team environment. Jeffco Nordic Team has sadly closed down registration for the year, but hope that more kids will join next fall.  But for those who want to learn something new, spend your weekends gliding through a winter wonderland, or just want to increase your aerobic endurance, this is a great sport to consider.