No Shirts, No Problem! 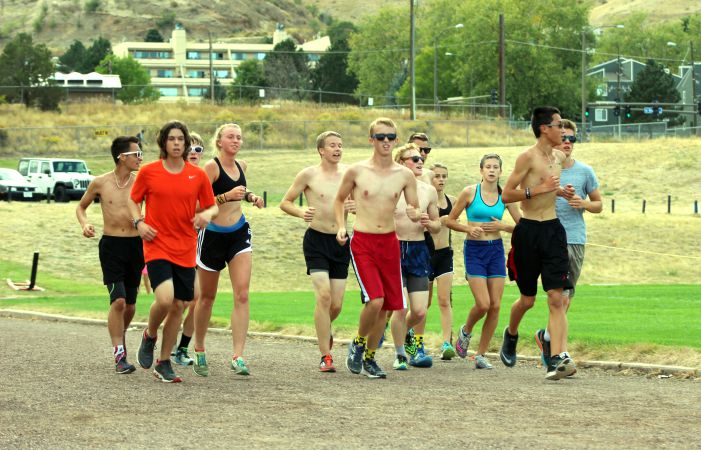 Recently, the restriction on going shirtless during sport practices was lifted, but there are still some restrictions on athletes, including that students are not allowed to go shirtless on campus, which means that the rule change really only applies to GMHS Cross Country. When the team run off-campus,  it seemed that the runners were happy that they are able to run without their shirts again. Trinity Cathers described the change as, “… Good, because if people want to take off their shirts, they are able to, which helps us cool down on hot days. It also helps that everyone in cross country is nice and you will not get judged no matter what you do.”

As Ms. Cathers alludes to, the nice thing about the rule change is that none of the athletes are forced to take their shirts off, but if they want to, the option is there. Some people don’t feel comfortable running shirtless and they don’t have to, as there is no pressure placed on the choice. on a deeper level, however,  this issue isn’t just a matter of comfort; yes, it’s nice to take your shirt off on a hot day, but it also has health-related impacts as well. According to runningmagazine.ca, 612 out of 716 runners think that it helps them to run without a shirt, mostly because they overheat less and seemingly helps them run better for longer distances. As a member of our cross country team, I’ve even seen the effect of running without my shirt, and I do believe that I run better shirtless. I have also noticed some of the mental benefits that come with the rule change, as if you believe that running without a shirt helps you run faster, your brain will believe you and reflect how you are feeling, something that is especially important given the large roles that mental fortitude and mentality play in distance running. There are many upsides to the no-shirts policy being lifted, as health is better, but more importantly, the team morale is at an all time high, hopefully preparing the team for its best performance yet.