The Problem with News Today 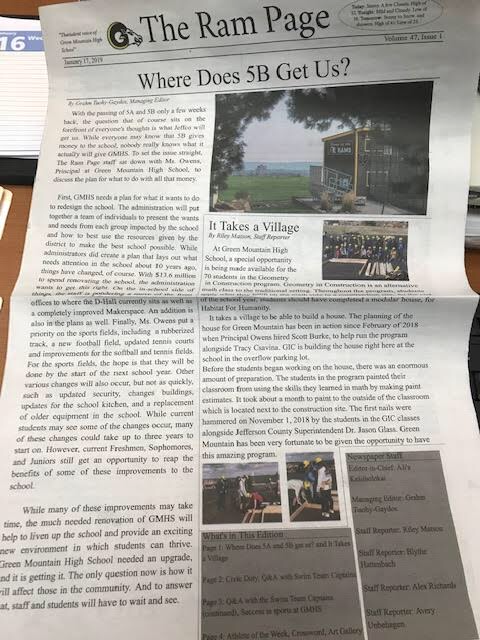 Australia is on fire, a new virus has emerged that could be the next pandemonium, missiles shot by the United States kills an Iranian general; it’s no wonder Americans find today’s news depressing, and stressful!

95% of Americans say that they follow the news regularly, but more than half of Americans say that staying up to date with the news causes them stress. Even though many are stressed by the news, 9 in 10 Americans say that it is moderately important to them to stay informed. For teenagers, however, it is not high on their list of priorities to check the news. The top headlines today feature many of the wrongs in our world, and as high schoolers, many students already have to deal with their own problems in life, often at the expense of staying informed about the world around them. One study showed that just two percent of American teens read a newspaper on a daily basis. “I check once a week. I don’t do it every day because it makes me sad cause there are so many bad things happening in the world but I want to know whats going on” said Liv McClain.

Some students will only read news stories about non-controversial topics. Ashton Adair says he only checks the news about once a month, and when he does he reads about “financial stuff like money, very bleak. It’s not very emotional, just kind of ‘this is money’.”

Despite the tone of most news, some adults think that it is good for teenagers to read the news. “You become more aware of the world, of everything that’s going on around you, and you begin to develop an idea as to why it’s important.” Says Mr. Gallagher, a GMHS teacher. “Teenagers need to emphasize with other cultures and recognize the struggles and triumphs that they’re experiencing and be able to broaden their perspective of what’s normal and what’s abnormal.”