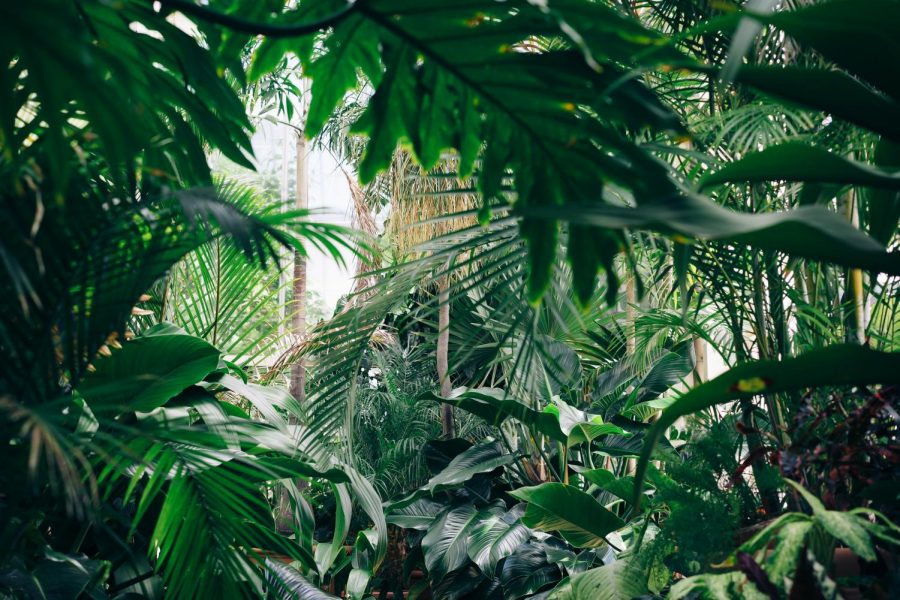 Thomas walked over and sat in his comfy living room chair, sinking in enough to feel like it would swallow him whole. He layed back and pulled up the foot rest using the handle on the side of the chair. Closing his eyes, he let himself feel at peace.

Peace lasted for only two minutes as he heard a pair of giggles run into the room. Thomas peeked one eye open to catch a glimpse of the little devils, but with the position he was in, all he saw was the ceiling and the upper half of the tan walls. He closed his eyes once again, waiting for the voices to leave him in peace once again, but that never happened.

“Oof.” He said, immediately sitting up as something big jumped onto his lap with a great amount of force. The giggles got louder.

Thomas smiled at his daughter, only five years of age, sitting on his lap with an angelic smile that, without her knowing, had proved fatal when he was trying to stay angry for being disturbed on his day off. Beside them, yanking on Thomas’s sleeve was his son, younger than his daughter by two years. He and his sister shared the same kind of smile, which was contagious for Thomas.

“Hello, you little rascals.” Thomas laughed out as he pulled his son onto his lap next to his daughter.

“Hi, Daddy!” The younger one exclaimed, bouncing up and down slightly with excitement and energy.

“Hey, Daddy!” The older one said with the same amount of enthusiasm. Thomas brushed her blonde hair out of her face and ruffled the other’s head.

“What did you come over here for?” Thomas asked the two.

“Mommy told us to ask about the mark on your face.” His daughter replied.

“Yeah! This one.” His son leaned towards his face and touched the long line on Thomas’s left cheek that stretched from his cheekbone to his chin.

“Ah, yes. My scar.” Thomas nodded, understanding what they meant. “I can tell you.”

Breathing heavily, Thomas sprinted through the jungle. He could hear the breaking of the twigs beneath his feet with each step and his rapid heartbeat could be heard pounding in his ears. He regretted all of his decisions leading up to the incident that put him in this situation.

Thomas remembered his friends, all recently graduated, confronting him, all wanting to hang out and go on a trip to the jungle in South America. Thomas knew it was a bad idea and since they were good at making very poor decisions, he agreed.

Thousands of dollars and a long plane trip later, they arrived to have the time of their lives. Immediately, he and his friends dropped off everything at the hotel before grabbing their hiking backpacks and headed towards the jungle.

Even though he told his friends that they should hire someone to guide them, they said that they would be fine.

No. They weren’t fine; or at least Thomas wasn’t.

One moment, Thomas was following his friends up a large hill. The next thing, he’s stepping on a loose rock and tumbling down like Jack and Jill.

When he stopped, he didn’t know which way he came from; he couldn’t even see nor hear his friends. He called out for them, but there was no response.

As the realization that he was lost sank in, his heart rate increased dramatically. Sweat beaded down his neck and face as he glanced around hesitantly. He didn’t know anything about the jungle. The dangerous animals, the poisonous plants – he didn’t know anything, which made him that much more scared.

Thomas inhaled deeply, keeping the air in his lungs as he counted down from ten. At zero, he let it out slowly, instantly feeling more relaxed.

Thomas froze. There was something nearby and the longer he waited, the more scared Thomas became.

The next sound came from right behind Thomas, so he slowly turned his upper body to catch a glimpse of what was lurking in the shadows.

Thomas’s eyes widened in alarm. Ahead of him was a large black panther, his beady eyes staring directly into Thomas’s.

All was still for a moment. Nobody, especially Thomas, even dared to even breathe. It was like the whole forest was silently watching the scenes play out.

All of a sudden, the panther growled and leapt out towards Thomas. He didn’t have time to react as he felt a sudden burst of pain erupted from his left cheek.

He didn’t have time to register anything as the only thing his brain is telling him to do is run; and that was what he did.

He ran faster than he thought possible. Dodging trees left and right, Thomas found himself gaining a distance between him and the black beast.

As he began feeling the effects of adrenaline wear off, his eyes spotted a lake in front of him. Being a good swimmer on his club swim team, he picked up the pace and dove into the water. Thomas swam out a bit before turning back.

The black panther was at the edge of the water just staring into Thomas’s eyes once again. They stayed like that for about two minutes before the panther gave up and turned, creeping into the jungle once again.

Thomas didn’t dare get out for he thought the panther was still waiting, just in the shadows rather than in clear view.

His luck finally took a turn for the better because he then heard voices yelling his name behind him. Thomas turned relieved to find his friends waving their arms frantically above their heads and jumping up and down.

Thomas swam over there as fast as he could and his friends bombarded him with questions.

“What happened to your face?” One asked. It was only then when Thomas brought up his hand to touch the mark on his cheek. It was one long gash running from the tip of his cheekbone all the way down to his chin.

“I’m gonna have a wicked scar, man.” Thomas said with a slight smile, glad everything was over.

“Wooooow!” The children said in unison. Thomas nodded with a proud smile.

“Daddy is so brave.” His daughter said and he laughed.

Just then, his wife walked in with a look of minor disappointment and annoyance, her arms crossed.

“Why don’t you tell them the truth, Thomas?” She offered with a smug smile.

“Truth?” His daughter asked. “That story wasn’t the truth?”

Thomas sighed, knowing that he fell into his wife’s trap the moment she sent to kids his direction.

“Alright, alright. The truth is…” Thomas started, taking a big breath before continuing. “I was trying to impress your mother at the end of high school and rode my bike directly into a parking meter when I wasn’t looking, but it was well worth it.”