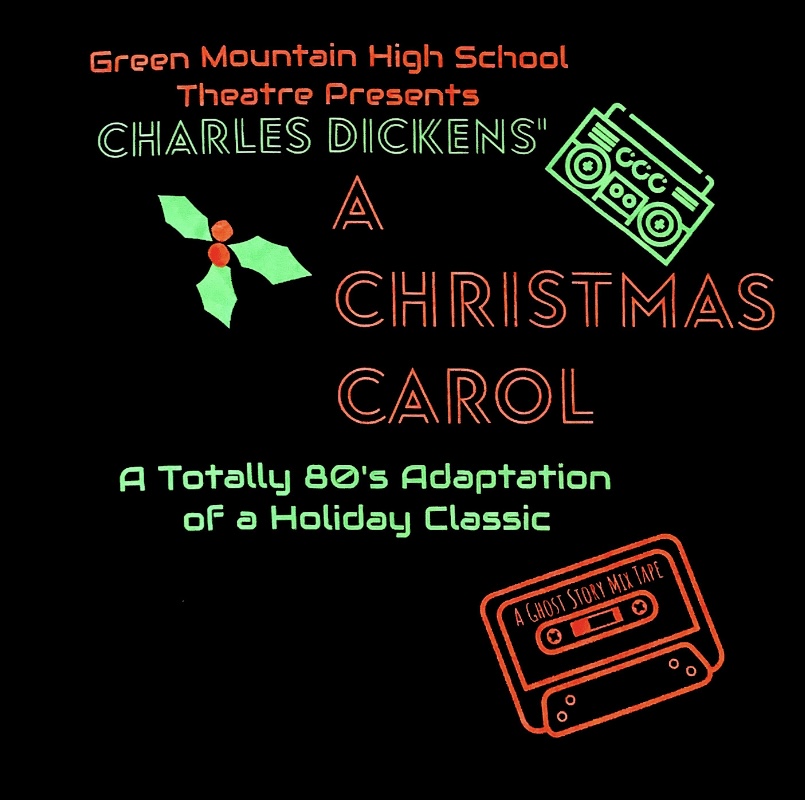 As COVID-19 still lingers over the world, Green Mountain High School is just beginning to set its sights on some form of normalcy this school year; homecoming, school lunches, sports, concerts, and theater. Last year, the school’s theater department barely got to put on any performances and when they were about to perform the musical Lucky Stiff, it got shut down due to an outbreak. With high hopes, the theater department is now planning to put on the show A Christmas Carol, written by the school’s very own Ms. Amberg and Ms. Capek, who will also be co-directing.

This Christmas Carol is unlike any other you’ve seen before. There is no Mickey or Minnie, no muppets, or even Bill Murray. Expect vibrant colors and giant shoulder pads as this version is set in the 80’s and features a female Scrooge, played by a Green Mountain Junior, Mazzy Mason. Mazzy is the lead of the play as she has a daunting 227 lines compared to that line count of Balthazar with 55 lines, played by Jessie Stong. Their sister, Amy Stong, is the Stage Manager doing their Capstone by creating and designing the set. She is building a projection wall, with the help of Logan Cotts, the Assistant Stage Manager, and the rest of the crew that the theater department could use for future productions.

As for the rest of the cast, we have Green Mountain’s Broadcasting star, Courtney Whitlow, the one and only Presley Nemecek, and the President of both Theater club and Shadows, Melanie Matthews, as the Ghosts of Christmas Past, Present, and Future. Courtney will be dragging Mazzy around the stage as a World War II nurse, Presley will be very dramatic with an oversized hat and Melanie will be a towering seven-foot-three as she walks on drywall stilts as the Grim Reaper/Ghost of Christmas Future. Austin Beckman plays the fatherly figure of Bob Cratchit, a humble employee of Scrooge who is constantly criticized and yelled at.

Even though rehearsals have been running for just three weeks, the cast and crew have hit the ground running and only have 16 rehearsals left until night rehearsals. They cannot wait to put on the first relatively normal show since Les Misérables. Come see A Christmas Carol on November 4th, 5th, and 6th.